Dave Boat is a voice actor who has been in TV shows (Family Guy), films (Wreck-It Ralph) and video games (Ratchet & Clank). He’s one talented and friendly guy, but how is he involved in Sam & Max?

In Poker Night 2, Dave took on the role of Max as a sound-alike for Telltale’s usual choice of William Kasten. Did you notice the change? I had a chat with Dave to find out more about him, his work in the industry and his experience of voicing Max.

Hi there, Dave! Please could you give us an introduction to yourself and what you do?

I’m a professional actor living and working in the lovely, sleepy little burgh of Los Angeles, California. I dabble with the occasional on-camera theatrical or commercial role – usually the goofy neighbor or lovable (but a bit “thick”) husband – but for the most part I do voice-over. Mostly video games and animation.

How did you get involved in voice acting? Was it something that you knew you were good at and wanted to do from a young age?

I sort of backed into it serendipitously, really. I’d always had a knack for mimicry and goofy voices (oh, and my teachers LOVED that!.. a-HEM!), but it wasn’t until I met a friend-of-a-friend who happened to be, to my good fortune, a professional voice actor and teacher, that I found my true calling. She (Carla Hardaway), pointed me toward a school in Sausalito, CA (Voicetrax), that taught voice acting exclusively.

I learned all facets of voice acting there (commercial, narration, retail, animation, e.t.c.) from some incredible teachers who were, themselves, highly successful voice actors (Samantha Paris, Thom Pinto, Pat Fraley). I took to it immediately and within a year I had an agent (Stars Agency, San Francisco) and was booking jobs. I left my “day job” (cooking for a student house at Stanford University) shortly after that and in the summer of 2002 I moved to Los Angeles to be near more work opportunities.

What have been some of your previous roles and which did you enjoy the most?

I worked on The Super Hero Squad Show for Marvel doing various voices (Thor, Thing, Baron Mordo, e.tc.). That may have been the most fun I’ve had in my life! It was like a four-hour party of goofiness every week with some incredibly fun and talented people (Tom Kenny, Charlie Adler, Steve Blum, Travis Willingham, Grey Delisle, Mikey Kelly, Jim Cummings, Jess Harnell, and the inimitable Mr. Stan Lee himself, among many others!).

The job that’s most recognized, though it’s hard to tell it’s me, is probably my work improvising “Simlish” as “adult male voice” on a variety of games in The Sims series (Sims 2, Bustin’ Out, all the expansion packs, and also all the main character voices in The Urbz). I’m constantly amazed at the international breadth of popularity of that game.

Currently, I’m the certifiable nut-job C.I.A. agent Stuhllinger in the zombie element of Black Ops II. That role is very fun and they let me play with the delivery and script which is always extra fun!

What’s the best and worst part about being a voice actor?

The best: Not having to shave to go to a gig!

The worst: Hmmm… Nothing to complain about, truly. The most ‘challenging’ aspect is voice stress. Video games roles, particularly shooter games/battle games are very intense and require a lot of projection and consequently can be physically demanding.

How do you usually prepare for a role?

I often try to think of what popular actor I would cast in the role and then try to work around that without doing a straight impression. Just try to grab an attitude or quirk to use as a springboard to making the character my own. Pat Fraley taught me that and I use it all the time. Other times I just trust my instincts and my knowledge of popular culture to come up with something fun or interesting. 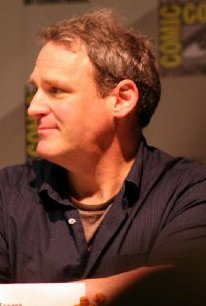 You’ve done voice work in games, films and TV shows. Is the process different for each of these mediums and do you have a preference?

My preference is “They want to hire me?! YES, PLEASE!!!!”. I really do enjoy it all but working as a regular on an animated series is particularly fun. I really get a chance to develop a character completely over time. Different writers/styles are applied, and quite often I get to work scenes with a roomful of other actors in real-time.

The processes can be different but ultimately the goal is the same: make the director/writer/producer happy.

How did you get the role of Max in Poker Night 2?

I auditioned as a sound-alike for the character. Once I heard the voice I knew it was in my ballpark vocally. And my natural energy runs about the same so I was pretty on-the-nose right out of the gate.

Had you heard of the Sam & Max series before auditioning for the role?

I had seen the Telltale booth at Comic-Con before and was really impressed by the artwork, but I honestly didn’t know much about them.

Telltale usually use William Kasten to voice Max and you were hired as a sound-alike. You sound amazingly similar to him. What is the process to match the voice and how long does it take you?

Some sound-alike work, of which I’ve done a fair amount, requires time, study, and repetition to nail the voice. Thankfully, Max came to me pretty easily.

Were there ever any times when you needed to listen back to Kasten’s voice for reference once you’d began recording?

Initially at the session the director would take a moment to compare my voice with the original and that would help lock me in, but I grasped the character pretty quickly and after a half-hour or so there was no real need to hear it again.

Have you done sound-alike work in the past?

I’ve done a good amount of what is called ‘looping’ for voices in film and television. I’ve covered Steve Martin, Danny McBride, Jim Belushi, among others. It’s a fun challenge and mimicry is probably the vocal skill toward which I gravitated early as a kid (much to the annoyance of my grammar school teachers… and some former girlfriends (Hah!)).

Do you know if you’ll be voicing Max again in the future or is this a one off?

I’ve no idea but I had a blast playing Max and, if needed, I’d be more than happy to play with the fine folks at Telltale Games again!

Are you any good at poker?

Hmmm… That sounds like a set-up! Actually, I used to play on Friday nights with some buddies back in high school (Woodside High, Woodside, CA). We’d play for hours with the TV on in the background tuned to Friday night’s Creature Features. Our soundtrack to the games would be Night of The Living Dead, or The Abominable Dr. Phibes. It kept the atmosphere interesting!

I haven’t played in years but I’m still a big fan of card ‘manipulators’. Ricky Jay is my idol in that realm. Actually, just this past Thursday night, Tom Kenny, his son, and I took in a fantastic new documentary on Ricky showing here in Los Angeles and I can highly recommend it. It’s called Deceptive Practice: The Mysteries and Mentors of Ricky Jay. You won’t be disappointed!

What have you got in store for the future?

Well, aside from my continuing quest for utter and complete voice-over world domination (cough cough!)… (By the way, resistance, from what I’m told, is futile), I recorded a record of all original, instrumental guitar music with a bunch of my pals who are far better than I on their respective instruments. I highly recommend that dynamic. They make me sound positively… competent! It’s a first for me and purely a vanity project to ram down the throat of the beast that is Attention Deficit Disorder. Take that, y’demon!!!!

Thank you very much for your time, Dave!

Joe, it’s been my great pleasure. Thanks so much for the interest in my contribution to this swell game!