Those of you who watch the credits on Sam & Max episodes will be familiar with the name of Joey Camen. The talented voice actor can be recognised in the games as the voice of Bosco and the Two-Teeth family, and has lent his voice to many different mediums throughout the years.

To my great pleasure, Joey was kind enough to offer up his time to answer some questions in an exclusive interview for the site. Without further ado, read on to hear what Joey Camen has to say. Heads up: there’s no censoring of potty mouth.

Hey Joey! Please could you introduce yourself and explain how you got into the voice acting business.

Hello, everyone. My name is Joey Camen and I’m a voice actor, among other things. I got into the voice over industry in Hollywood, CA when I was a wee lad of just 20 which was many moons ago.

I was working as a professional stand-up comedian from the age of 17 at the World Famous Comedy Store on the Sunset Strip. My roommate at the time was working on a radio show as a writer with Daws Butler; better know as the voices of Yogi Bear and Huckleberry Hound among many others – a real voiceover legend.

He told Daws about me, he came to see one of my shows and then took me on as his protégé. He also started out as a stand-up comic in Chicago when he was very young and thought I reminded him of himself, which was a real compliment.

But it wasn’t until a few years later I got my first voice job from a producer named Norm Prescott who also saw my stand-up act. He owed a studio called Filmation that made cartoons in the 70’s and 80’s like Fat Albert, Superman, and Tarzan. He gave me a part on Tarzan Lord of the Jungle and helped me get into the Screen Actors Guild. And it’s been up and down ever since. Such is showbiz. 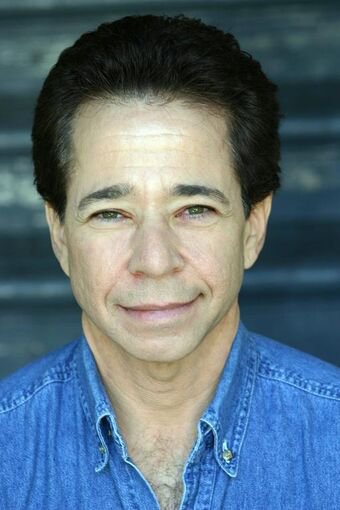 What’s a typical day in the life of Joey Camen?

I wake up, have a nice wank, shag me wife, call me mum who’s in a mental home, walk the dog, put out the cat, eat breakfast, fall asleep, have another wank, eat lunch, sleep, wank, dinner, walk the dog, shag the wife again, sleep, wank – a real full productive day – a lovely day!

And you thought us Americans don’t know how to live properly. I’m a bigger wanker than Gordon Brown.

Actually, I wouldn’t bore you with my day. I’m just guy who works at a job he likes and auditions for more work. Nothing glamorous.

How does recording for video games differ from other mediums such as television? Specifically, what is the process for episodic gaming?

Doing voices for video games varies per game, the director, and producer. The process for an episodic game like Sam and Max is fun, but rather restrictive. The show is well written and they like you to stick to the script 99% of the time. Which is fine, that’s what I’m being paid to do.

In other bigger games it can be very loose, lots of ad-libbing. There’s a game I’ve been working on the last couple of years called Mafia II. I think it’s coming out some time this year. It’s going to be huge. It’s from Take-Two Interactive. These guys rock ass, so much fun. I must have played 20 plus characters, from Black prisoners to Irish bartenders. Lots of swearing, ad-libbing, creating real fun stuff, I absolutely loved it. These are the same people who put out all the Grand Theft Auto games. The director, Jack Scalici is extremely creative. Look for it. Did I just give a shameless plug? Silly me.

How did you end up getting the roles of Bosco and Jimmy Two-Teeth?

It was pretty simple. My agent sent my some copy, I auditioned, sent her the MP3s, and I got it.

Were you a fan of Sam & Max before doing voices for the series? Do you play the games?

Never heard of them until I auditioned for the show. I have a copy of season one, but I couldn’t figure out how to run it on my computer. I am far from a gamer, I just love doing voices.

What approach did you take for deciding on what voice to give Bosco and the Two-Teeths?

Just to let you know, I am not black, I’m a small white guy who does realistic black voices like the one I provided for Bosco. I grew up in Detroit as a kid in fairly rough neighborhoods. I’ve been doing character voices so long, I just look at what’s given to me and I go for it. Don’t get me wrong, it’s not as easy as it sounds, I just have a lot of experience.

You voice all three of the Two-Teeth family. Is it tricky for you to make their voices different, yet similar? How is it voicing a female?

Not really. You just go up higher or lower in pitch and play with it. If the director likes it, that’s what you go with and you stay in character. It’s a lot of fun.

Is there part of your personality that rubs off onto Bosco (or vice versa)?

Are you smoking crack? What is wrong with you, Joe? It’s a fricking cartoon. Although, I love conspiracies — especially with the government. In fact, I think they have a camera on you right now, Joe. England loves their cameras.

During the first season Bosco wore many different disguises. How did you find it having to give Bosco all these different accents?

I found it a royal pain in the ass. Just kidding. It’s fun. When I’m voicing a well-written show with creative people, it’s joyful and a pleasure to go to work.

It must be great fun recording some of Bosco’s dialogue. Is there a particularly funny or memorable recording session that stands out to you?

One day Sam and Max came in, who are wanking puffs, by the way. You know that, right? Those two are queerer than Prince Charles. They had that dodgy scrubber, Sybil, with them. What a frigging tart she is. Well, Bosco was recording some dialogue and Sybil wants to shag him and let those two puffs watch. Bosco said “Get your fucking cunt asses out of my session or I’ll kill you.” It wasn’t a funny memory, but it stands out.

Bosco became a key element of the plot in season two, taking him out of his normal setting. Is there any scenario you’d love to see – and voice – him in?

Yes. I’d like to see him beat the shit out of everyone, kill them and cut them up into little pieces and sell them as canned meat in his convenience store. Do you think I should pitch that to the producers?

Do you ever have any input into your lines or the direction of the characters?

Very little. I just give several different reads per line and they pick which ones they want to use.

Bosco is always trying to flog his BoscoTech items to Sam & Max. What would your dream invention be?

Aside from anyone you voice, who is your favourite character in the Sam & Max series?

No one. I could care less about those dodgy bastards. Bosco kicks serious ass. Remember that. Do not fuck with Bosco or I will send Jimmy Two-teeth to England to beat the crap out of you. He may be small, but he is tougher that the Kray Brothers ever were.

Is there a dream franchise or character you’d want to voice for (excluding Sam & Max)?

Sure. I’d love to be the voice of a network television station like NBC, CBS, etc., or have a lead character or two on a hit cartoon show for one of the major networks. And please, anyone who wants know more about me, check out my website www.voicecomic.com – Ooops, another shameless plug.

Thanks for your time, Joey! Can we expect to hear more of you in season three?

As far as voicing Bosco again, I was told Bosco was not needed for season three. I’m serious. It can mean one of two things. They are telling the truth and cut out his character OR they simply cannot afford me anymore and have replaced me with another voice actor, which does happen more than you know. Such is showbiz. Write them and ask, where is Bosco? Let’s get a campaign going boys and girls.