Following on from my interview with Harvey Atkin, voice of Sam in the animated series, I’m pleased to present to you this interview with Rob Tinkler. He was the voice of Max in the cartoon show and brought great energy to the wacky lagomorph.

Please read, consume and pass along to your friends! Feel free to leave any comments for Rob in the comments section. Did he bring cheer to your Saturday mornings back in the day? Or perhaps you discovered his great interpretation of Max through the DVDs? Whatever your story, I’m sure he’d love to hear from you fans!

How did you enter the acting industry?

I began acting in high school, as well as some community theatre productions. I later attended university for theatre. My first voice gig, a dubbed anime series called Sailor Moon, was booked while I was still in Uni. Sam & Max was the first original series I landed. It was a great learning experience for me. 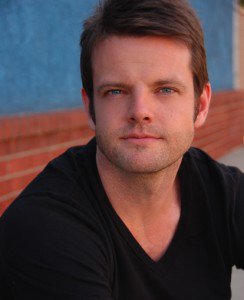 Can you describe the process of voicing an animated character? How do you come up with a voice?

I always start with the art. What does the character look like? In Max’s case he has a broad grin and a mouth full of teeth. I built the voice from there.

How did you get the role of Max?

It involved a lengthy auditioning process over several months. I first went in and read for Max at Nelvana. But there was so much time between the audition and the callbacks that I had totally forgotten about it. And then months later they brought me back in, then mixed and matched all of the actors in the running, eventually settling on myself and Harvey.

Were you aware of the Sam & Max comics or game before taking on the role?

I wasn’t aware of them. But Steve Purcell handed me the hard bound comics on the first day of recording to help introduce me to their world.

Max had already been voiced previously in the video game Hit the Road. Were you inspired at all by this interpretation, or was it entirely your own?

It was just my interpretation as I had never seen/heard the game before.

What were the recording sessions like – any memorable moments? Did you meet any of the other cast or crew?

It was mostly just myself and Harvey (who played Sam) in the studio. It was all very exciting for me since I was still pretty new to the business. Learned a lot about microphone technique. You can have a brilliant line read, but if you goobered up the mic while you were saying it you could ruin the take.

How did you get Max’s insanity across in his voice? He looks fairly innocent!

I was inspired by the brilliant scriptwriting. He was written that way. 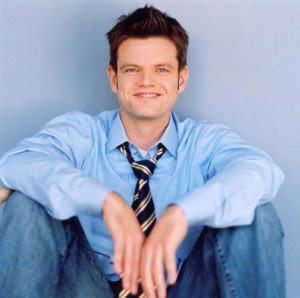 What was most fun about voicing Max?

Trying to make Steve Purcell laugh at the records. If he laughed I knew I nailed the joke.

Was there much room for improvisation?

We stayed pretty tight to the scripts, but we ad-libbed all of the physical reactions/ fighting/etc which was a lot of fun.

What do you think makes the Sam & Max characters so captivating across different mediums?

I think they are both incredibly likeable characters. That goes a long way. You could put those two anywhere!

Were you disappointed that the show only lasted one season?

Definitely. It was a high calibre series on all levels – the characters, the writing, the visuals. It all came together and was a true joy to work on. I feel very lucky to have participated.

Thanks for your time, Rob! What are you up to nowadays?

My pleasure. I am currently voicing characters on the series Numb Chucks, Oh No, Zack & Deuce, and The Cat In The Hat Knows A Lot About That.